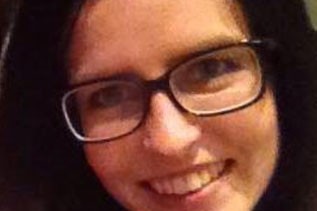 Alexandra Hosack of Lethbridge, Alberta was selected as the winner of the 2015 BBG Communications Scholarship. Below you can read what Alexandra submitted.

There have been many advancements in the information and communications technology industry in the past 10 years. However, I think the greatest advancement in the information and communication technology industry is audio and video processing and transmission. We are able to send videos from our phone across the world in a matter of seconds. We are able to use our iPhones to FaceTime or Skype people who are thousands of miles away. Authorities are more able than ever to use audio and visual techniques to track down and apprehend various criminals. We also use audio and video processing and transmission to see what is going on in places where it would not be safe to send humans.

By being able to record and process videos from the other side of the world, the media has become better able to broadcast news worldwide. People have become more involved with the media and it allows us to see more, becoming more up to date with current events. The technology has been developed so that anyone who has a smart phone can record videos of storms on their cell phones and send them to the media who can broadcast it so that the rest of the world can see whats happening. When there is a riot, someone in the middle of it all can record it and send it to the media. This sort of footage is different from the media footage because it shows what is happening right in the midst of everything, whereas media footage is usually shot from a distance. Recordings of police brutality are becoming more prominent, allowing people to become more concerned about what is happening in society. These examples illustrate how audio and video transmission and processing on cell phones allows for a more raw understanding of current events. We are seeing the news as it happens. Videos can also be rapidly uploaded to social media, which allowing for people to become up-to-date with current events using a different medium.

Video chatting has become increasingly popular and convenient over the past few years. People can use Skype, FaceTime or any other applications on their computer or mobile device to talk to each other in the same city or on the other side of the world. This is beneficial because when people travel or move away, they are still able to communicate with their families and friends. This sort of communication is more beneficial than talking on the phone, because it allows the speakers to see each other. Being able to communicate like this across distances is important because it can help reduce anxiety when someone is feeling lonely and allow for people to feel like they arent missing out on anything. With this type of technology, many people may feel more comfortable moving away from their families or going on trips, as they can still communicate and see them on a regular basis if they so desire. Additionally, video chatting is used to hold teleconferences and interviews.

Audio and video processing and transmission has allowed for authorities to track and apprehend criminals. In many cities there exists a network of surveillance cameras that allows for authorities to apprehend criminals. For example, when the bombings took place during the Boston Marathon, the authorities used these surveillance cameras to determine who was responsible and to track the criminals. This allowed them to quickly apprehend the criminals. Airport security systems use audio and visual processing and transmission to prevent terrorist attacks and drug smuggling.

We can send cameras down to the depths of the ocean to pressures that humans cannot handle. These cameras can transmit an audio video feed of what is happening at these unexplored depths. This helps scientists discover new species and study their behaviour. We send robots in to diffuse bombs, which provide authorities with a visual of what is going on, but keeps humans at a safe distance. We can send cameras down into mines or pipelines, where humans cannot safely go, in order to find and sometimes repair problems. Micro cameras are used for some surgeries, where the surgeon in operating on something he cannot see, for example a transnasal pituitary surgery. The main benefit of audio and visual processing and transmission, in these examples, is to protect humans from risking their lives in unsafe situations and to view areas that are impossible for humans to go.

In my opinion, audio and video processing and transmission has been the greatest advancement in the information and communications industry in the past ten years, because it has benefited the lives of so many people. It allows us to stay up-to-date on current events, by sending videos around the world in a matter of seconds. Video chatting has allowed for families and friends who live miles apart to communicate and feel included in each others lives. Criminal investigators can use audio and video processing and transmission aid in determining who committed certain crimes and to locate these criminals. Audio and video processing and transmission allow for cameras and robots to be sent to areas that are not safe for humans, in order to explore or to fix a problem. All of these uses make it easier and safer for us to live our lives.


Elizabeth Feldeverd of Oak Park, Minnesota was selected as the winner of the 2012 BBG Communications Scholarship. Below you can read what Elizabeth submitted.